A Modern Legend- Page One

Cerys sat on the street corner, staring at the sidewalk across the street. Two cars had crashed there earlier that day, and had left behind a sprinkling of shattered glass. Now, whenever a car drove by, and the headlights shined on the countless fragments, it glittered like fairy dust in the evening. Cerys wondered at the thought of something so bad leaving behind something so pretty. Not that she had anyone to share her ideas with; most of the time, nobody could understand the connections that she made. They weren’t even paying attention. So she gave up sharing her insight, and kept it as her own secret pleasure.

Another car drove by, the glass sparkled, and Cerys sighed. What was taking them so long? She had called Himeko nearly twenty minutes ago, but she usually showed up within fifteen. Himeko was the easiest person for Cerys to talk to, even though there were times when they didn’t agree. Maybe it was because they had known each other since before kindergarten, maybe it was because their mothers also worked together closely. She didn’t care why, as long as she knew there was at least one soul out there whom she could talk to without getting the weird looks and the dull responses.

Behind her, the park was filled with kids and adults playing soccer. It was the most popular sport in her neighborhood, but she didn’t play. She was usually too busy watching the clouds pass by, or the way the wind moved through the tree branches. People tended to call her a daydreamer. Even her teachers worried that her mind often seemed like it was elsewhere, so much that her father had warned her that if she did not pull up her grades enough to finish high school with honors, she would be losing a lot of privileges.

What good was it, being only a few months away from eighteen, yet still having so many rules? Why couldn’t her teachers give her the good marks that they kept telling her she was smart enough to earn? She already knew what they were teaching; that was why she spent so much time daydreaming, just to stave off the boredom. Sometimes she would even wander off on a tangent based on what the teacher was talking about, but of course they never understood that. Her imagination toying with the idea of Sir Pythagoras the Straight and Narrow going off on a quest for the perfect triangle was not at all appreciate by her math teacher, who made her do extra geometry problems to make up for spacing out for half his lesson one day.

“I am sorry for being late,” a voice said behind her.

Cerys nearly jumped out of her skin. She was on her feet in an instant, and would have dashed off down the street had she not recognized her best friend in the whole world.

The other girl only smiled. “You were daydreaming again, weren’t you?”

“I was just thinking about the way Mister Bert assigned me those extra problems,” Cerys sighed.

“He really did not believe you when you said that you could do geometry in your sleep!”

“Did you do them, at least?” Himeko asked, her tone one of worry but not wanting to condescend. “My parents just gave me a lecture on spending time with you because of the way you act in class. That’s why I was late.” 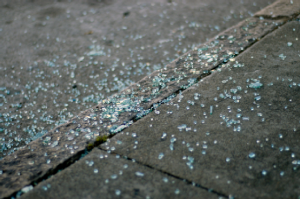 Eleanor Willow is the author of the high fantasy series Legends of Lorata, which takes place on a medieval-style world filled with elves, dragons, and faeries. There is also a fourth race, one that is rare and magical: the angelic Starr. Lorata is a distant planet watched over by four deities: good, evil, elemental, and celestial-- and there are plenty of legends about them all! One of the most important ones is the prophecy of Jenh's champion, Loracaz, who is promised to return to the realm whenever evil threatens to take hold. There are currently three books completed, and the first one can be read online. Book four is currently being written, and a fifth will most likely be in the future.
View all posts by Legends of Lorata →
This entry was posted in Serial novel - A Modern Legend and tagged fantasy, fiction, Legend. Bookmark the permalink.