A work in progress

Posted on September 2, 2013 by Legends of Lorata 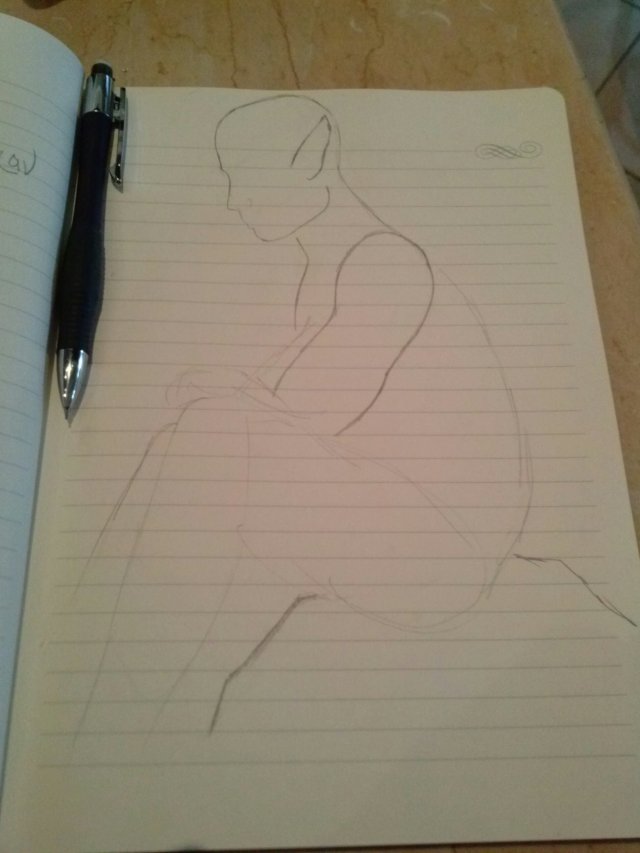 Sometimes when I’m dining out on my own, I bring my notebook with me and write or draw. This is a character sketch that I started today and will continue to work on. He’s a warrior and a nobleman, the third son of a viceroy. He’s actually a pretty big guy, and he’s rather serious. I’ll post again as the drawing progresses, but for now you can see the basic outline that I came up with….and my ever-so-favorite tool, the mechanical pencil.

Eleanor Willow is the author of the high fantasy series Legends of Lorata, which takes place on a medieval-style world filled with elves, dragons, and faeries. There is also a fourth race, one that is rare and magical: the angelic Starr. Lorata is a planet where four gods are known: good, evil, elemental and celestial-- and there are plenty of legends about them all! One of the most important ones is the prophecy of Jenh's champion, Loracaz, who is promised to return to the land whenever evil threatens to take hold. There are currently three books completed, and the first one can be read online. Book four is currently being written, and a fifth will most likely be in the future. Any news I have on about publishing will be shared as it comes in!
View all posts by Legends of Lorata →
This entry was posted in Book Two and tagged Character sketch. Bookmark the permalink.